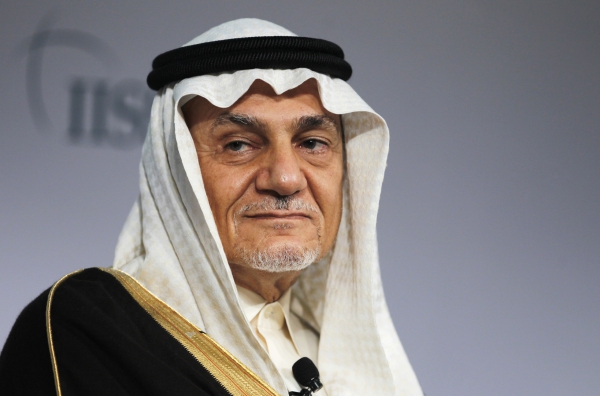 In the Name of God, the Merciful, the Compassionate. May God’s Peace and Blessing be upon you

Thank you, Mr. Ryder, for arranging this occasion. My thanks also go to the staff of the Royal Society for Asian Affairs for making the occasion happen. Without the dedicated contribution of my co-author, Mr. Michael Field, this book would not be. He rendered whatever I told him in the most precise manner, and he did all the leg work that resulted in what I hope is a valuable contribution to History and knowledge. I know that whoever reads the book will appreciate the literary beauty of Mr. Field’s English as much as I did.

Your Royal Highnesses, Ladies, and Gentlemen,

I knew Hugh Leach when he used to visit the Kingdom to share and exchange views on the world with my late uncle, Kamal Adham, God rest their souls. I was just beginning my career in the intelligence business and benefitted from

both their experiences. It is a privilege to launch my book under his name.

captive audience, for coming today. Mr. Field and I finished writing the book soon after I left the embassy in London and it remained on my desktop until 2019 when the fortieth anniversary of the Soviet invasion of Afghanistan occurred. I reread it then and decided to update it and, fortunately for me, Mr. Field agreed to continue what he helped me to start. Again, he took to the field, no pun intended, and the result is before you today. Several publishers declined the book, and I am indebted to Mr. Peter Harrigan of Arabian Publishing for taking the risk.

Arabia, my distinguished audience, is an ancient land. According to the Holy Quran it is where God built his first house on earth, in Makkah. Throughout its history, for thousands of years, it produced people who migrated from it because of its arid climate to more lush and fertile lands, Mesopotamia, the Nile valley, the Indus valley and further afield. Since my birth, but not because of it, that migratory trend has been reversed. Arabia has become the land where people from all over the world come to make a living and help continue the human development that is taking place there. It is estimated that Saudi Arabia’s population in 1945, my year of birth was 3.04 million inhabitants. Today, it is more than 35 million inhabitants. Over eleven million of them are non-Saudis. Some maintain that the main reason for that is our oil resources. I maintain that in addition to the oil the Kingdom has provided stability and security to allow for the income from the oil bounty to be wisely invested in development. We recognize that we have still to improve our situation, whether it is on issues of human rights or the general wellbeing of our people. We look around the world and accept that there are lessons to be learned from the experience of others. We have done that in the past.

Look at our constitutional progression from the Basic Law promulgated in 1926 to the Basic Law, revised in 1993 which defined the country more precisely than the previous one and which separated the authorities of the King from the Majlis AlShura and separated both from the Judiciary. The line of succession to the King was defined. Since then, The Succession Council, misnamed as the Allegiance Council by so called “experts”, was added by the late King Abdallah. It is composed of the living sons of the late King AbdulAziz and the designated heir of each of the late King’s deceased sons. It decides by majority vote who succeeds the King. It can also refuse the nomination by the King of his successor.

Please look up its details on its website. Women’s rights to participate in elections as voters and candidates were added, as well as their right to be guardians of themselves, and not beholden to their male relatives. Women were also appointed to the Shura Council and to ministerial and ambassadorial positions. Women today outnumber men as university graduates and they work where their skills take them, without prejudice in salaries. Today, with King Salman’s leadership and Crown Prince Muhammad’s stewardship, Vision 2030 has

launched the Kingdom to less dependence on oil and more engagement from our main and essential resource, our people. The Vision set up KPIs for government departments and ministers report to the public during the budget year, live on television, on what they accomplish.

They are grilled by reporters on their

Tourism has been opened and you can get a visa online, so please don’t hesitate to apply. The Crown Prince set out how the Shari’ah, Islamic Law, is interpreted in our courts; to uphold what is set down in the Quran and the verifiable sayings of the Prophet Muhammad, peace be upon him. This removes

any chaff that may have accrued over the centuries on the judicial system and opens the door to modern day views on human interaction. The Kingdom is to become a hub not only for travelers but, also the regional center for international corporations and industries. It is an ambitious view that includes the Kingdom becoming the source for the world’s clean energy needs, from hydrogen, to solar and wind, but also to cleaner, through research, fossil fuels. It is ironic that while Mr. Biden has set a deadline for eliminating fossil fuels as an energy source, he is asking us to produce more oil to bring down its price to please his citizens.

The Kingdom of Saudi Arabia is sailing through turbulent waters with thunder and lightening and huge waves crashing into it from all sides. Terrorism is a plague that afflicts the whole world and Saudi Arabia has been one of its main targets since before September 11. In the fifties, sixties, and seventies, all the leftist Palestinian terrorist groups attacked the Kingdom wherever they could. In Paris and Khartoum, our embassies were attacked with inevitable loss of innocent human life. Our oil minister was abducted by the infamous Carlos the jackal. Subsequently, in the nineties, al Qaida’s first victim was Saudi Arabia and we continued to be terrorized by them even after September 11. Fahish, the more proper name for Daesh because it means obscene in Arabic, continues to threaten us. Thanks to the adroit way the Kingdom has dealt with both, both of their threats have been eliminated. It took a holistic approach to combat them, with intelligence, police work, citizen’s vigilance, media coverage, education reform, reform of religious speech, and coordination with friendly countries.

To the south, we have the festering civil war in the Yemen, with a rebellion begun by the Houthis against the legitimate government and aided by Iran with experts and supplies of ballistic missiles and drones which they launch against civilian targets in Yemen and in the Kingdom. The UN Security Council issued resolution 2216 which condemned the rebellion and imposed an embargo on supplying weapons to the Houthis. Alas, while Iran has continued to escalate her supplies to the Houthis, the world watches and does nothing. Saudi Arabia did not start this war. The Kingdom supported and continues to support all the efforts to bring a negotiated peace to Yemen. It has proposed a peace plan which is supported by all the world community except for Iran and the Houthis. The hope is that the new UN envoy can push the Houthis to the negotiating table. When Mr. Biden lifted them out of the terrorist list they were emboldened and attacked Ma’rib, a town east of Sana’a and held by the legitimate government, and launched more missiles at civilian targets in the

To the north, Saudi Arabia must contend with tragic human suffering in Palestine, Lebanon, Syria, and Iraq. Israel, the last colonial power in the Middle East, continues its colonial policy of aggression against the Palestinian people by imprisoning them without judicial recourse, by stealing their land, by forcibly evicting them from their homes, by demolishing their houses, and by assassinating them at will. All of this, while the UN Security Council resolutions 242 and 338, which all countries support and set

the principle of land for peace between Israel and the countries whose lands it occupies, remain unimplemented, thanks to Israeli intransigence and America’s support for that intransigence. The Arab Peace Inititiative, proposed by the late King Abdallah of Saudi Arabia nearly twenty years ago remains on the table. The whole world supports it. Israel continues to

The common delineator in Lebanon, Syria, and Iraq which continues to keep them in turmoil is the Iranian malign militias that obey Iranian diktat. Alas, Iran uses nationals of those countries to do that; in Lebanon it is Hizballah; in Syria it is the murderous Bashar and various Shi’a militias imported by Iranfrom Iraq, Afghanistan, and Pakistan; but also by Russia which claims to be fighting the terrorists while it supports the biggest terrorist in Syria, Bashar. In Iraq, it is the Hashd alShabi and their minions in the Iraqi parliament and government structure. Iran’s extraterritorial ambitions are set out in Khomeini’s Wilayat Faqih which stipulates that the world must bow to the rule of the Absent Imam, an apocalyptic interpretation of Shi’a doctrine which is considered heretical by prominent Shi’a clerics. Since Khomeini’s occupation of the American embassy, Iran has declared its enmity to the United States.  And yet, we see the United States cozying up to their sworn enemy while distancing themselves from their proven friends.

West of the Kingdom, in 2018, King Salman convinced Ethiopia and Eritrea to patch up their differences, as well as Eritrea and Djibouti. However, Somalia and Ethiopia suffer from internal strife which spills into their neighbors’ territory. The Kingdom continues to face the illegal migration from these countries which taxes its resources and poses grave security and smuggling problems.

Eastwards, I have referred to Iran’s hegemonistic ambitions but, in Iran itself, Arab, Kurdish, Baluchi, and Azerbaijani minorities face persecution and oppression. I dare say that even the Farsi plurality are oppressed, as we have witnessed in the murderous way that the regime has dealt with popular dissent.

Further east lies Afghanistan, the country that presently prominently occupies the news cycle.Afghanistan was one of the first countries to recognize the Kingdom of the Hijaz and the Sultanate of Nejd and its Dependencies when the late King AbdulAziz unified them in 1925. The late King Muhammad Zaher Shah was the second head of state to visit Saudi Arabia in 1948. The late King Farouk was the first to visit in 1945. The late King Faisal visited Afghanistan in 1970. The late Daoud Khan, who overthrew Muhammad Shah, visited the Kingdom in 1977. There was always a kinship with the Afghan people and hence the alarm and dismay felt by the Saudi leadership and people when the Soviet Union invaded Afghanistan in 1979. The rest is history, and you must read my book to follow my story.

Chairman of the Board,

King Faisal Center for Research And 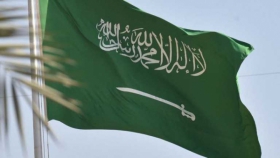 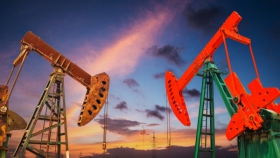 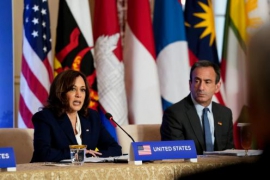 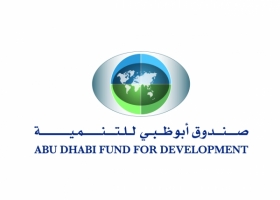