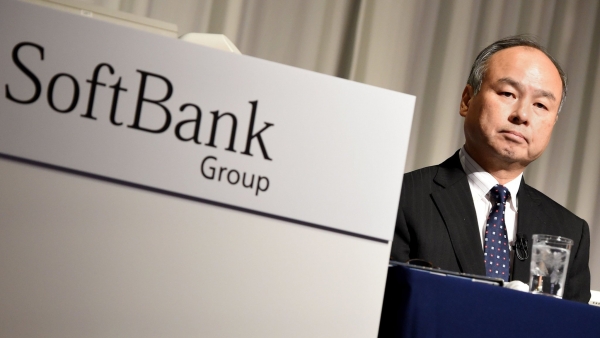 The Memorandum of Understanding with Softbank to create the world's largest solar power industry with a capacity of 200 GW that will make the Kingdom of Saudi Arabia one of the largest manufacturers and exporters of solar panels in the world if not the largest!

Softbank Vision Fund is betting on the Kingdom's Vision 2030 to manufacture and export its products. The partnership with Softbank, which is betting on the Kingdom's economic and regional powers, will make the Kingdom an important center for the manufacture of solar panels. We will compensate decades of burning the expensive oil to produce cheap electricity - in addition to leading renewable energy industries in the world!

This partnership will strengthen the local content and will create thousands of jobs for the Saudis. The Kingdom will give competitive advantages to major solar panel manufacturers and develop associated manufacturing industries, representing a very fast pace towards Vision 2030.

Softbank, which is expected to be the largest technology investment fund - whilst Saudi Arabia is the largest investor in this fund ($28 billion) and the signing of a memorandum of understanding with Japanese giant Softbank "to create the largest solar project in the world 200 GW - making the kingdom the world's largest solar user and producer, unquestionably surpassing China, which leads the world's solar power industry with a solar panels of about 120 GW.

Perhaps Japan is a pioneer in the solar energy industry and its technologies - even solar energy has become a national priority in Japan after the change of energy policies and focus on renewable energy after the Fukushima nuclear disaster in 2011 causing the disruption of 50 nuclear power plants, following the disaster. Japan can not compete globally in the solar industry because it needs raw materials to manufacture solar panels (silica sand), which are abundant in the Kingdom and with high quality and purity.

Japan was the second largest market in the world for photovoltaic solar cell growth in 2013 and 2014 with a cumulative capacity of about 43 gigawatts. It is now behind China, Germany and the United States of due to limited land for Japan's solar fields, which has transformed to an offshore solar projects. Although solar power is an important and growing source of electricity generation in Japan, hydropower still accounts for the largest share of renewable energy generation.

The Softbank Fund's partnership in this mega-project, which will span vast areas across the Kingdom, will bring Japan back to the global competition in the world's largest solar projects and future industries with which we will compete with China, India and Germany. 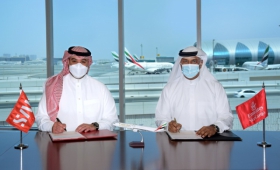 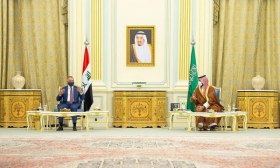 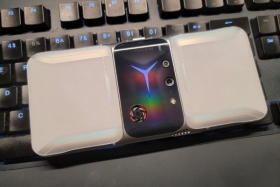 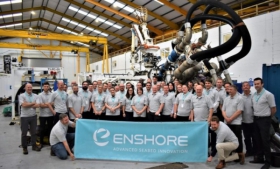 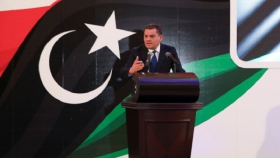 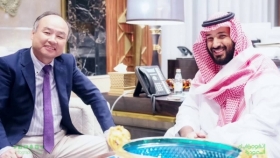 The Softbank Vision Fund ... A Saudi success story in investing in the future 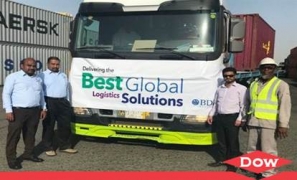 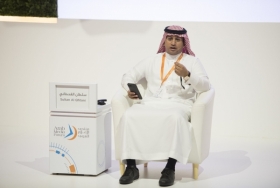 Sultan Alsa’ad : Newspapers are threatened with extinction if it doesn't keep pace with the digital transformation 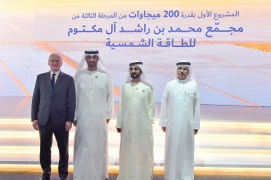